Our family loves Gatlinburg and goes out to the Great Smoky Mountains several times a year. There is so much to see and do there, and a couple of trips ago when we went – it snowed!

The Smokies really take on an ethereal beauty when it snows. The mountains are beautiful any time of year, especially after a rainfall when the “smoke” hangs close to the hills, but a snowfall makes it a true winter wonderland.

The only downside of Smoky Mountain snow is that you might get stuck in your cabin for a bit! They don’t clear the smaller mountain roads and definitely not the cabin driveways, which can be quite steep, so make sure if you go during this time of year you keep some extra groceries on hand (and firewood, too, if you need it).

Related: Things to do in Gatlinburg TN in January

What is the average amount of snowfall in Gatlinburg per year?

Gatlinburg only averages 9 inches of snowfall per year, so a snowfall is not something you see in town all the time in the winter, but there are definitely times when snow covers the area.

The higher elevations of the Great Smoky Mountains National Park (which Gatlinburg borders) can receive much more – up to 60 or more inches in some years. Gatlinburg and Pigeon Forge are in the lower elevations, so they see less snowfall than higher in the mountains.

Some roads in the National Park close when the weather is too bad or in the winter altogether, so check on roads to places such as Clingman’s Dome or even Newfound Gap Road to make sure they aren’t closed when you want to visit.

When is the best time to see snow in Gatlinburg?

The month with the most snowfall is January, followed by February. It’s not common for this area to receive snow in November or December, so don’t plan on a white Christmas if you come to the area.

In fact, we were in neighboring Pigeon Forge the entire week before Christmas in 2021 and we had daily high temps in the mid 40’s, so no snow at all. Most of the years we’ve gone to the area at this time of year is the same, and a few years we’ve had 70 degree Christmases in TN!

So January is usually the earliest you can see snow, but you can’t rule out a weird late snowfall until mid-April. We went again in the middle of March 2022 for our spring break, and there was no “spring” at all! In fact, it snowed 4 inches the first day we were there and cancelled Dollywood’s opening day!

So plan on January or February for the absolute best time to see some snow, but don’t rule out the other cold months. I’d definitely recommend checking the weather forecasts closely if you want snow, or want to avoid it.

Here is a video I took from Wears Valley (in neighboring Sevierville) when we were there in March 2022:

Where is the best place to go to see snow in Gatlinburg?

The best places to see snow in Gatlinburg are the higher elevations, of course. Clingmans Dome is always a good bet – it’s the highest point in the park at 6,643 feet, but the road to the observation tower is closed for the winter, so it would only be accessible by foot.

Cades Cove is another beautiful place to go – it’s a valley that sees a lot more snowfall than Gatlinburg, on average 20 inches of snow per year. Cades Cove is already so beautiful with its wildlife and historic buildings, so it’s worth a visit even when there isn’t snow.

Another great place to go is Ober Gatlinburg, which is an amusement park with an aerial tram that takes you up the mountain. The views are incredible, and if there’s snowfall while you’re there it just makes it that much more magical.

Ober Gatlinburg also has a lot of winter activities like ice skating, snow tubing and skiing, so it’s a great place to spend a day if you’re looking for something to do. They use a lot of man-made snow there, but you can also find a slope report with real time snowfall totals for the Ober Gatlinburg Ski Resort.

So if you want to see snow while you’re in Gatlinburg, the best bet is to head to the higher elevations or go to Ober Gatlinburg. You might get lucky and see some snow in town, but it’s not as common.

How long does it usually snow in Gatlinburg?

Most of the time the snow in the lower elevations is short-lived. When it snowed on us in March, it was amazing the afternoon it snowed (on a Friday) and into the next day, but by Sunday nearly all of the snow was gone, with just a few traces of it in the park at Dollywood.

So the most you can usually count on if you’re getting a decent snowfall is a couple of days, a week at the most, and then the weather system moves on and the temperatures rise again. That’s the way Tennessee weather is – one minute we’re hot and the next we’re cold, then on to hot again!

Always check the sweater and the snow forecast in the winter to know how to best prepare for your trip.

Tips for driving in the mountains during winter

If you’re planning on making a trip out to our beautiful Gatlinburg area in the winter, always be prepared for the possibility of snow and having to drive in it. Don’t think that it can’t happen, because it definitely can.

Before the hubs and I had kiddos, we went up to Gatlinburg in January and it snowed while we were there. It was still super slick the day we had to check out of our cabin, and the drive down was steep and dangerous in our two wheel drive small truck.

We made it down but it was soooo nerve wracking! So here are some tips if you find yourself having to drive in Smoky Mountain snow:

First of all, make sure your vehicle is in good working order and that you have good tires with no bald spots. It makes a HUGE difference.

If you don’t have good tires, at least make sure your tires are properly inflated and check the tread. You’ll need all the traction you can get.

Secondly, take your time. Don’t try to hurry and get up or down the mountain. Just take your time and be extra cautious, especially on the curves.

Third, if you have a four wheel drive vehicle, use it! It will help you immensely.

Fourth, don’t tailgate. This is just good advice in general but even more so in the snow. You need to be able to stop if someone ahead of you has to slam on their brakes.

And finally, don’t panic. If you start to slide, take your foot off the gas and let the car slow down on its own. Don’t try to brake or turn sharply, because that will just make things worse.

Just take it slow and easy, and you’ll be fine. And if you do happen to get stranded, there are always people around who will be happy to help you out. Mountain folk are usually pretty friendly and helpful.

Common Questions about Snow in Gatlinburg

What month does it snow in Gatlinburg?

The snowiest month in Gatlinburg is typically January with an average of four inches, but it can snow any time from November to March. The most snowfall Gatlinburg has ever gotten in one month was 21.5 inches in April 1987.

The winters in Gatlinburg are usually mild, but they can be cold. The temperatures can range from the 30s to the 60s, so you never really know what you’re going to get. But one thing is for sure – if it does snow, it’s sure to be beautiful!

Does it snow a lot in the Smoky Mountains?

Does Pigeon Forge get snow?

Pigeon Forge gets just a little best less snow then Gatlinburg – 6 inches per year, so they don’t see a lot of snowfall. If you want to see snow in the Pigeon Forge area, your best bet is to head into the Great Smoky Mountains National Park and go to the higher elevations (be aware there can be road closures in the winter, so always check the National Park Service for updates).

Where in Tennessee gets the most snow?

The highest elevations of the Great Smoky Mountains National Park, such as Newfound Gap, Clingmans Dome and Mount LeConte, see the most snow in Tennessee. These areas can get upwards of 69 inches of snow per year!

So there you have it! Now you know everything you need to know about Gatlinburg snowfall. It’s not as common as in some other places, but it does happen from time to time.

Just be prepared and take your time if you’re driving in it, and you’ll be fine. And if you want to guarantee seeing snow (even if it’s man-made), just head on up to Ober Gatlinburg or even Pigeon Forge Snow, which has indoor snow tubing! 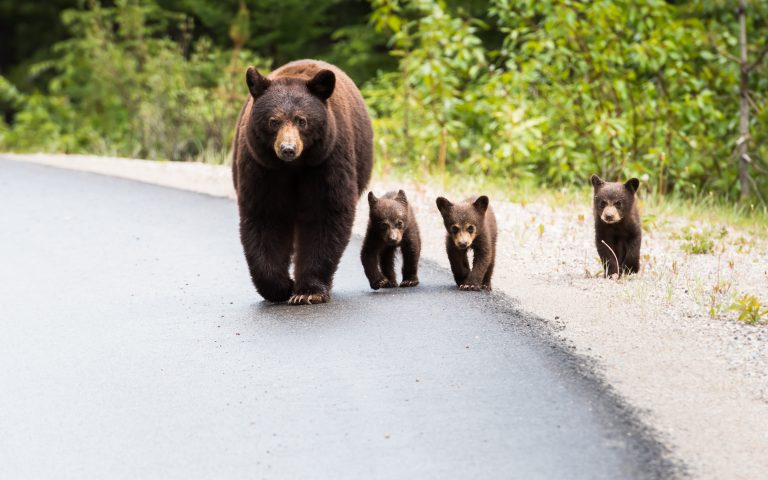 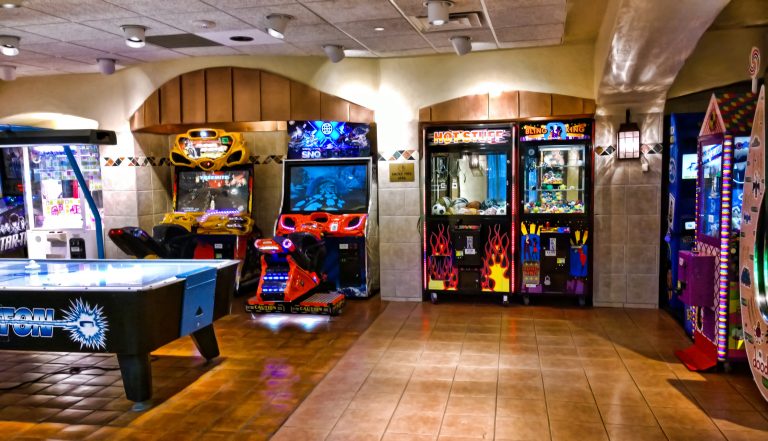 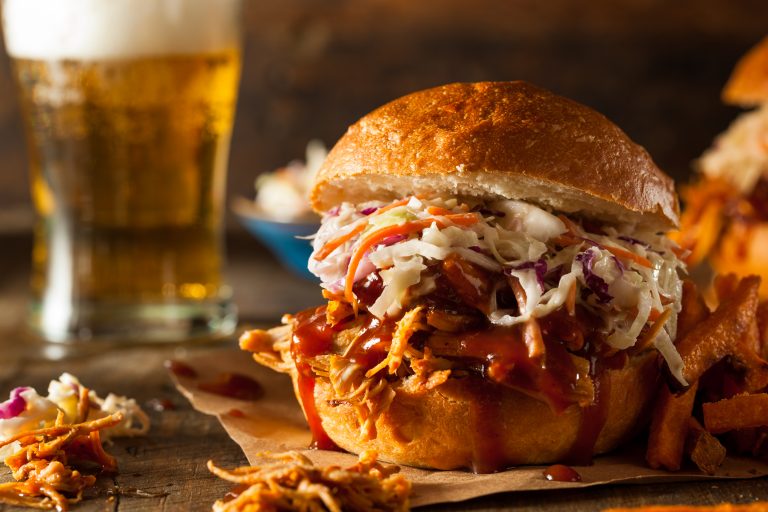 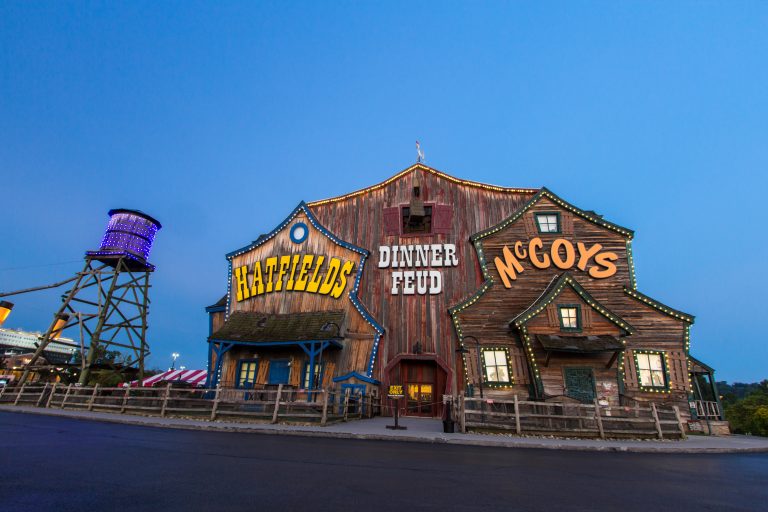 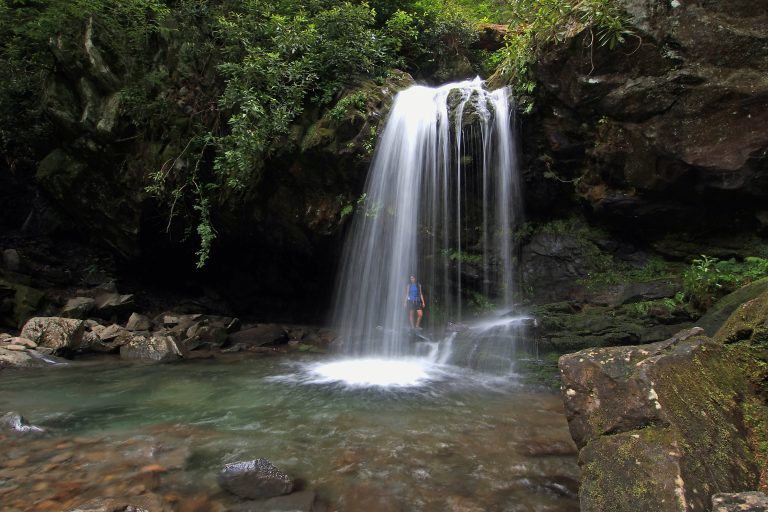 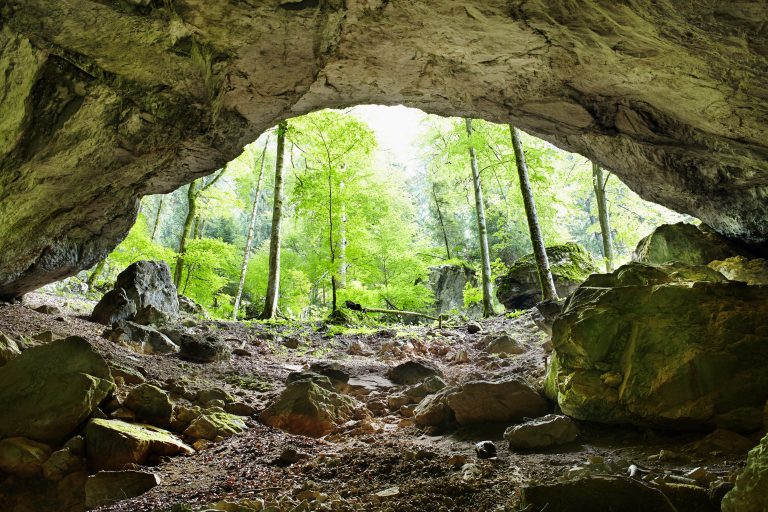